#ficwip was born in January 2018. It evolved from a weekly author chat called Coffee Shop Sunday, part of the Spock Prime Big Bang in 2014. On Sundays, authors would share excerpts from their fics, vent frustrations, and answer random writing questions. You might recognize the formula.From the start, #ficwip has welcomed writers from all fandoms. The original #ficwip, a Twitter event where writers shared an excerpt from any fic they were working on, ran weekly until the summer of 2020. It's now an occasional event.We launched our Discord server in September 2019. During the pandemic, we took our favorite procrastination game #wordgamewednesday to Twitter. It turned out to be popular, so we've kept it up!In 2020, we held our first event: the #ficwip 5k, an all-fandoms AU fest. We now host four themed events every year (two public, two for our members) as well as seasonal writing retreats on discord.

How do you pronounce #ficwip?I pronounce it "fic + whip." I generally don't say the hashtag part.How is it formatted?Just like you see it: #ficwip or ficwip (or @ficwip if you're talking about our social media).It's not ficWip, FicWip, FicWIP, ficWIP, or FICWIP. And definitely not Fic Wip.Do you really allow all fandoms and ships?We do! We've been inclusive from the start. All writers deal with similar struggles, so even if we don't read each other's work, we can support each other's creativity.Will Dead Fandoms run again?Probably not, at least not in its current format. It took a huge amount of work behind the scenes we'd rather devote to other things.Will you adopt fests that need moderators?YES! If you know of an all-fandoms fest in need of a home (or an event that could be modified for all fandoms), please reach out to us. The best way is to tag us @ficwip on Twitter.Will you signal boost my event?We occasionally boost events that are in line with our way of doing fandom. If you're organizing an event that welcomes all fandoms and ships with little to no content restrictions, feel free to tag us @ficwip on Twitter.

Keep an eye on the @ficwip Twitter for the word of the week. We usually post it around noon ET. Find it in your draft and share the sentence containing it without adding extra context.If you use the #ficwip or #wordgamewednesday tags, please keep the excerpts G to Mature. And if any ships are obvious, give people a head's up.Original fiction is also welcome.Not on Twitter? Play in the #writing channel on the #ficwip discord. 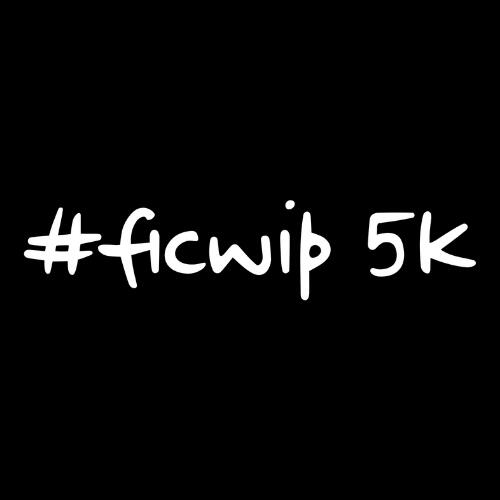 Write any AU in 5k or under. Open to all fandoms and ships. A public event for anyone 14 & up.

Rise of the Dead Fandoms

Bringing fandoms back from the dead this November! Create any type of fanwork for one of the approved fandoms.A public event for anyone 14 & up.

The evolution of a 2014 Star Trek event, now open to all fandoms! Make something where character A calls character B "sweetheart." Fic & art welcome.A public event for anyone 14 & up

The #ficwip discord is a 300+ member community of writers, artists, and crafters with a focus on making things.

What you won't find:
- Morality policing
- People trying to control your headcanons or style
- Rec lists or fanwork critique
- Hate or harassment

We welcome creators from all fandoms and ships. You must be comfortable seeing references to stuff you're not into, including fandoms, ships, and headcanons.✨ Joining a new discord won't magically make you write 100k, but we have checkpoints and year-round events that can help you stay motivated. ✨ The #ficwip discord is 18+

Our application is powered by Google Forms. Google will email you a copy of your responses. To protect the existing community, we thoroughly vet all applications.

We're taking a break from server apps for a while so the mods can focus on other things. We do not have an ETA on when they will reopen.